Governance of the SII Group

The SII Group was created in France in 1979. Its founder Bernard Huvé, an engineer by training, started this adventure at the age of 30.

"I decided to set up a company whose aim was, in 1979, to provide consultancy services to mainly industrial companies. I called it SII which stands for 'Société pour l'Informatique Industrielle'.

My initial ambition was simply to accompany my clients through a reactive company at the cutting edge of the techniques at the time.

Today this still is the case, but on a much larger scale: SII is an agile Group which offers skills both in Digital Services and Engineering, to drive the transformation of many sectors of the economy."

Until 2007, SII was organized as a board of directors. Bernard Huvé was both Chairman as Chief Executive Officer. At the end of 2007, the company's governance structure changed to a limited company with a Management Board and a Supervisory Board. This form of the company makes it possible to separate the management function from that of control, ensuring this way a balance of powers.

The Supervisory Board's mission is to ensure the proper functioning of the company and to report to the shareholders. It is chaired by Bernard Huvé, accompanied by three other members:

Jean-Yves Le Metayer
Vice-President of the Supervisory Board

Alexia Slape
Member of the Supervisory Board

Jean-Yves Fradin
Member of the Supervisory Board

The Group's Management Board (France and internationally) is responsible for strategy and the relationship with the Supervisory Board. It has been chaired since 2007 by Eric Matteucci, who has been accompanied since 2019 by François Goalabré, Antoine Leclercq, and Charles Mauclair. 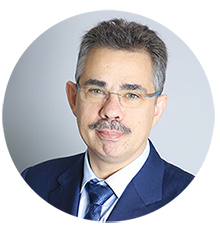 Eric Matteucci, President of the Management Board

Eric Matteucci is graduated from DECF. He joined the SII Group in 1988 and held the position of Administrative and Financial Director from 1990 to 2005. In July 2005, he became Director of the SII Ouest agency in France until December 2007, when he was appointed as the President of the Management Board.

François Goalabré graduated from the Rennes Business School and holds a master II MAE. He joined the Group in 2005, holding commercial and then managerial positions for SII Ouest. In 2013, he is appointed to the management of SII Rhône-Alpes and joined the Management Committee of SII France. In 2019, he takes charge of the North and Far East region and becomes a member of the Executive Committee. 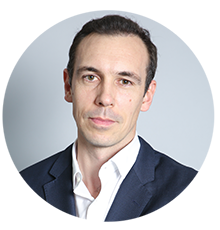 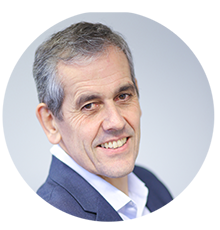 Antoine Leclercq, Director of International Development and member of Comex

Antoine Leclercq is an ESIEA engineer. After several varied experiences within other Digital Services companies, he joined the SII Group in 2010 and became a member of the Management Committee. He manages SII Sud-Ouest and is in charge of the Aeronautics, Space and Defense (ASD) sectors. In 2019, he is appointed International Regional Director in charge of steering five countries strongly linked to the ASD sector, for which he is the Group's Executive Sponsor as a member of the Executive Committee.

Charles Mauclair graduated of the Rennes Business School where he completed a specialized course in Management of New Technologies. He joined the SII Group in 2004 in sales functions and then evolved to Business Unit Manager. In 2011, he becomes the Key Account Manager of the Group's first telecom client. In 2015, he is appointed Director of SII Atlantique and joins the Management Committee of SII France. Since the beginning of 2019, he has been in charge of the management of the Grand-Ouest region and member of the Executive Committee. 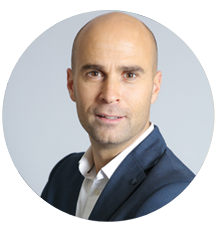